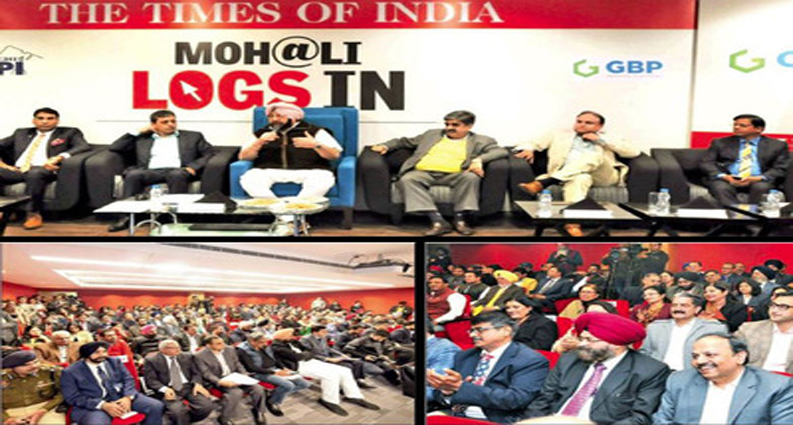 MOHALI: Three private universities coming up in Punjab by the end of this year will focus on quality and skill development that’s missing from the present education system, says chief minister Captain Amarinder Singh. He was at the Times of India event ‘Mohali: The Next Big IT Hub’ here on Tuesday.

Talking about the plans of his state government to bridge the gap between the industry’s requirement and the academic curriculum, he said the land to three private universities will bring quality education to the students for a low fee. Aritel and Ashoka University are building “affordable campuses” in Punjab. About the challenge before the education system, the CM said: “The private institutes are meeting their target of quality education to their students but the government schools and colleges are far behind.”

Worried over Punjab’s lastyear school report card that shows 50% of its students failed in Class X, he said: “It is unacceptable. The government is going to improve the show by promoting private participation and asking companies to adopt primary schools and revamp these according to the present needs.” GBP group sales director Anupam Gupta said most of the companies were unable to recruit from Punjab because they didn’t get quality product from its engineering institutes.

Punjab Technical University dean A P Singh said the gap between the industry’s needs and the academic curriculum could be bridged, if the universities gave industry representatives a role in designing curriculum. National Institute of Electronics and IT additional director Meenakshi Gaur said the students coming to them for BTech lacked basic computer skills.

or just fill up below given query form

Disclaimer:- Any content mentioned on the website is for information purpose only and does not constitute any offer or guarantee whatsoever on the content mentioned above. Prices are subject to change without notice. It is solely your responsibility to evaluate the accuracy, completeness and usefulness of all opinions, advice, services, merchandise and other information provided and you are strongly advised to check these independently. HOME WORKS shall not be liable for any deficiency in service by the builders/developers/sellers/property agents.

All Projects in Mohali

Ouch! There was a server error.
Retry »

We are in the process of revising our website in conformity with the Real Estate (Regulation and Development) Act, 2016 and the Rules made there under (“RERA”), which have been brought into effect from 1st May, 2017.

Till the time our website is duly revised and updated, none of the images, material, stock photography, projections, details, project overviews , descriptions and other information that are currently available and/or displayed on the website, should be deemed to be or constitute advertisements, solicitations, marketing, offer for sale, invitation to offer, invitation to acquire, including within the purview of the RERA.

You are therefore requested to verify all details and aspects of any proposed booking/acquisition of units/premises, directly with our authorised representatives. Kindly do not rely on the information contained on this website, until our revision and updation is complete.

Please note, that we will not be facilitating any bookings or allotments based on the images, material, stock photography, projections, details, prject over view , descriptions that are currently available and/or displayed on the website.

We thank you for your cooperation and understanding.”